Miguel Nunes, from Madeira, achieved the fastest time in the Calheta Rally, starting the Madeira Rally Championship. Additionally, with this race, the pilots took the opportunity to prepare for the Rali Vinho Madeira, scheduled for August 6th, 7th, and 8th.

This rally was composed by eight stages, where there is a double passage for each section, namely Calheta, Raposeira, Ponta do Pargo, and Paul do Mar.

Closing the podium, José Pedro Fontes and Inês Pontes, Citroen C3 R5, got their place after Armindo Araújo and Luís Ramalho, Skoda Fabia R5, had a mishap and gave up.

The duo Madeiran six times champion, Alexandre Camacho and Pedro Calado, had the misfortune of suffering an accident with the new Citroen C3 R5, in the 2nd stage, thus ruling them out of the Calheta Rally.

Due to the current pandemic situation, the race was criticized for not complying with the social distance between the spectators. In an official statement, the management of the Clube Sports da Madeira states that the circulating pictures were taken “in a perspective that does not represent reality”, however “with a clear conscience”. 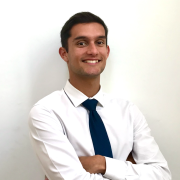 Fresh food in a box